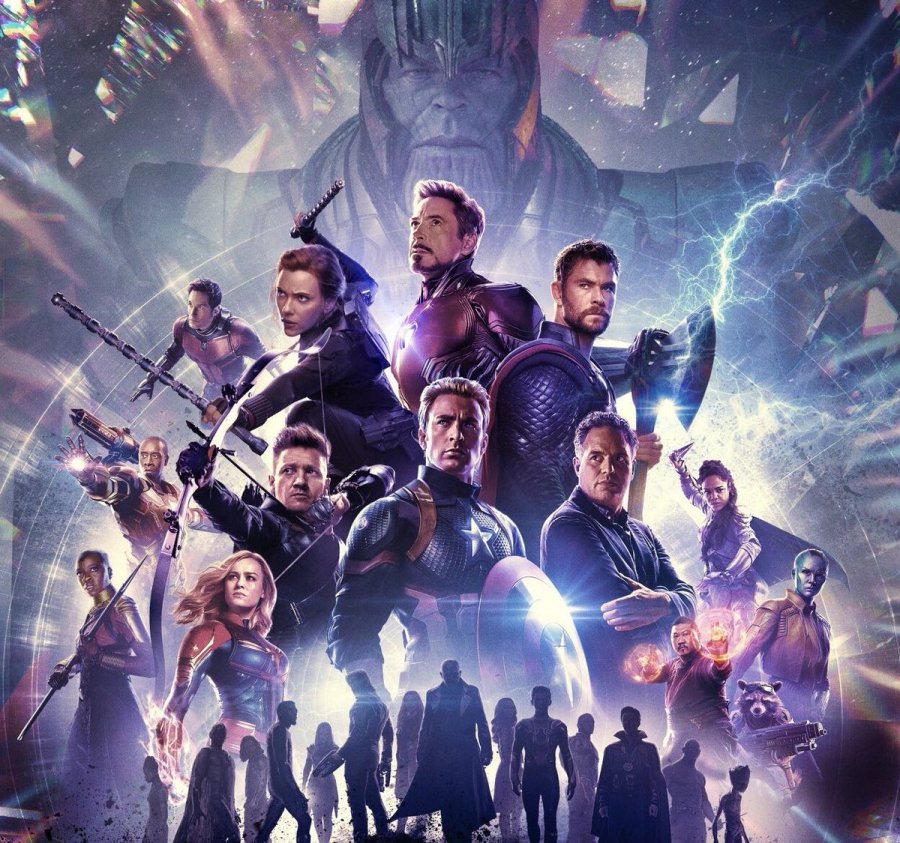 If you’ve been on social media at all for the past few months, you’ve probably heard about Avengers: Endgame. It would be pretty hard not to have, what with its stacked roster of movie stars and its immense history of films leading up to this momentous conclusion. My own followers on twitter are most likely sick of seeing my daily tweets about anything and everything Marvel for the past six months, but I am not the only fan to be overjoyed to have finally arrived at opening night of Endgame on Thursday April 25th at Cinemagic Stadium Theaters in Sturbridge, Massachusetts.

Before I go any further, I am sworn to secrecy until more fans get the chance to see this film– it really is more powerful to go in with no clue of what’s about to happen– so I promise that this article, while it will be a testament to Endgame, its characters and its loyal fans, will not spoil any aspect of the movie, as hard as that may be.

I was not the only person to arrive for the seven o’clock showing at five-thirty. For superhero fans everywhere, this movie was expected to be the end of an era, a once in a generation experience. Many of us who had arrived early had bought tickets weeks before the big night, and– it being a small town theater– we knew had to be there early to secure good seats. The line got longer behind us as we waited to be called into the theater for seating, and I had a chance to talk to Josh and his girlfriend, who were decked out in Marvel comic shirts and were the only people in front of me in the line. Josh was all too happy to answer some questions for me about how he was feeling about the premiere: “It’s so hard to describe in one word, I’d need a whole sentence.” He said about having to describe his emotions, “I guess I’m just preparing for the laughs and the tears!” His face, which had a wide grin the entire time he spoke about Marvel, grew somber when I asked for his input on the outcome of the film. He said the only thing he felt fairly certain about was that Captain America would not make it through the Endgame, which was actually quite the popular opinion. In the week leading up to the premiere, two twitter polls revealed that 47% of voters thought that Captain America would be the MVP of the movie, and 50% also believed that he would be one of the characters to die during the film. A poll done on Facebook yielded similar results, with 64% of voters believing that between Iron Man and Captain America, the latter would be the casualty of the Endgame.

In keeping with my promise of no spoilers, I’ll let you decide for yourself which of the voters were correct!

When we were let into the theater where all would eventually be revealed, I found myself sitting next to two brothers, Francis and Chane, who are huge fans of Marvel and had been to every Marvel Cinematic Universe (MCU) premiere since Avengers debuted in 2012. When asked how they were feeling in the minutes leading up to the movie, Francis answered for the both of them, “Anxious! This is it. This is the moment. It feels surreal just sitting here.” Francis had vocalized just how I was feeling, and probably how many in that theater felt. As the exclamation point on eleven years of storytelling, this night would mark the end of the original Avengers as their actors fulfilled their contract agreements. After years of watching the Avengers, and a whole year of waiting for the conclusion to Infinity War, this was set to be the close of an incredible journey.

As the theater filled around us, the atmosphere of the room was filled with electric energy as fans could be heard discussing what Endgame had in store. Francis and Chane mentioned how amazing it was that we, as the audience, knew next to nothing about the film and where the story might go. Filmmakers and actors alike had been sworn to secrecy, and the previews that were released were careful not to give anything away. The filmmakers truly wanted fans to know as little as possible about Endgame.

Of course, the conversation turned to predictions about where the film would venture. Francis was adamant, “Oh boy, I don’t want to think about that at all,” he said vehemently when asked who he thought would die in the film. “Someone has to die,” Chane conceded. As this was the end of the line for the original six Avengers’ acting contracts, Chane thought that “this would be that point; whichever actors want out (of the franchise), this is the time for that to happen.”

Sitting there in a theater, I was filled with joy to see the loyalty of the fans; one guy came dressed as Captain America, complete with shield; one came with a replica Infinity Gauntlet; another with a shirt that lit up to look like Tony Stark’s Arc Reactor. And the amount of girls and women who were sporting Captain Marvel shirts, after just a month of having her in the MCU, was just incredible. As the lights dimmed and that familiar pre-film sequence rolled across the screen, a hush fell over us all, and the Endgame began.

There’s nothing quite like seeing such a momentous film on opening night with a room full of fans. For that three-hour period, we reacted to the movie together. We laughed together, cried together, cheered and roared and clapped together. Maybe it sounds ridiculous to anyone who is not a fan, but, hey, everyone is passionate about something, right? It’s truly a once in a lifetime experience; and many fans on twitter are saying that a film experience the likes of Endgame is not likely to recur anytime soon.

“I feel extremely satisfied. I don’t think any superhero movie will top that. It was excellent in every regard. Totally beyond expectations,” said Ben after the show. He’s not the only one who was impressed. The film has a critic score of 96% fresh and an audience score of 92% on Rotten Tomatoes. Endgame pulled in more than $350 million, breaking records in its opening weekend in North America alone according to Box Office Mojo. It totaled an estimated $1.2 billion worldwide, as reported by CNN. It is the only film thus far to have made over a billion dollars in an opening weekend.

Many fans flocked to Twitter to discuss the film in private chats so as not to spoil the film for other fans. “This movie killed me,” said one fan, @SamoaJonas. He plans on seeing the film “10 more times” because he knows he must have missed some things the first time since he was “too busy either laughing or crying.” Even though most fans on Twitter are making valiant efforts to avoid revealing spoilers, for anyone who wants the true experience of the film it would be safe to stay off social media until after you’ve been to the theater.

Hardcore fans and casual fans alike will love this impressive culmination of all that Marvel has been and accomplished in the past eleven years. This is truly the end of an era; but from endings come new beginnings. Though Marvel Studios has been tight-lipped about where the MCU might be going from here, fans can take solace in knowing that so long as Marvel continues to produce quality films with fantastic and relatable characters, it will only get better from here. And after this amazing film, ‘better’ is going to be pretty well near phenomenal.